Kelsey graduated from Oklahoma City University in 2014 with a degree in political science/international relations. While in college, Kelsey worked for Project Transformation as the House Coordinator for the Oklahoma City sites. She continued her education at OCU and earned a Master of Liberal Arts with an emphasis in Nonprofit Leadership. While pursuing her graduate degree, Kelsey served as an AmeriCorps member at Positive Tomorrows Elementary School where she worked as a teacher’s assistant and after school program teacher. In 2016, Kelsey spent 3 months working as a missionary with the nonprofit A Better Belize in Belmopan, Belize. During her time in Belize, Kelsey coordinated and led an academically and spiritually focused summer program for elementary children in the local village. After returning to the United States, Kelsey joined the Project Transformation team and served as the Program Director for two years before she took over the role of Executive Director in 2018. 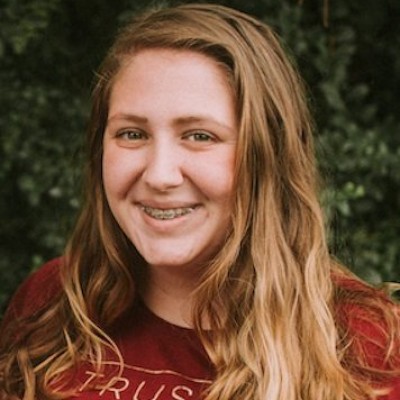 Hannah is currently studying Community Health at the University of Oklahoma and Nursing at OSU-OKC. She is actively involved in her community as a member of Redeemer Church and as a leader of East & West Regroup. Hannah previously served at Project Transformation - Bartlesville, and joined the staff as the Program Assistant in February 2020. In her free time, she enjoys playing board games with friends and family, photography, and cooking with her husband, Luke.

Hannah’s favorite children’s books are The Music of Dolphin's by Karen Hesse and The Book of Virtues by William J. Bennett.